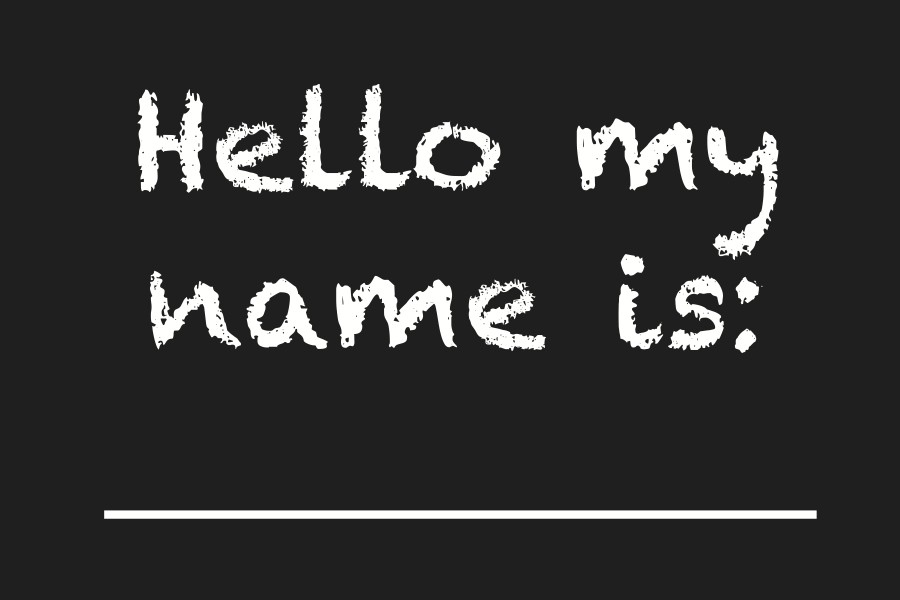 A lot.  A lot is in a name.  My name is Lisa Marie Sherwood Korak Goldberg.  Yep, that’s a lot.  Each piece of my name holds a story.

Lisa-Most of you that know me, call me by this name.  Some of you may call me “Li.”  I prefer Lisa.

Marie-Ah, yes…the middle name. And since I grew up in the 70’s, most people associated my name, Lisa Marie, with Elvis.  I don’t even like Elvis.

Sherwood-Here’s where it starts to get tricky.  This is my birth surname.  I was born to Dennis and Valerie Sherwood.  A couple of years later, they divorced.  I would spend a majority of my childhood in some form of conflict, in and out of court,  with my birth father.  When I was in my early 20’s, he essentially (in writing) disowned me.  Truthfully, he had disowned me many years prior to that.

Korak-My mother remarried when I was three.  Michael Korak became my “stepfather.”  Very quickly he became my Father…the one who provided for me, took me out for ice cream, punished me for wrongdoing, guided me in critical decision-making.  His presence in my life quieted some of the pain caused by my birth father.  Michael Korak was my Dad.  At 14, I asked my birth father to legally sign for me to use the name “Korak.”  He refused.  At 18, I used my right as an adult to change my name to Korak.  (Prior to that, I used it illegally.  I did not want to be the kid with a different last name from my parents)  At 21, Michael Korak adopted me as his own.  You may ask, what’s the point? I was an adult.  Yes, I was an adult, and yes, my Dad (Michael) had been a father to me for so many years.  Why bother with the cost and hassle of adoption?

My parents (Michael and Valerie) adopted my brother from Korea.  The message in choosing to adopt is pretty clear:  There is a child out there who does not have a family and we want to be his family.  By signing this adoption certificate, we have taken on the full responsibility of raising this child…and most importantly, loving this child as if he were our own.  Adoption day is a big deal.  It’s a covenant, much like the covenant that God has with His children.  He will never leave us or forsake us.

Well, deep in my heart, I needed that covenant.  I needed to know that my Dad (Michael) was not going to leave or forsake me.  And I think he needed it, too.  There is a lot of weight in a covenant, as I would find out again years later.

Much like Pharoah’s daughter, who risked and sacrificed a great deal to raise Moses as her own, my Dad sacrificed a lot to take on a new wife and young child.  He spent many years drying my tears after my birth father would not show up or not even send a birthday card.  My adoption was a victory for us.  It was an outward symbol of a love between father and child, a baptism of sorts.  I was a Korak. Period.

Goldberg-Yep, Mrs. Goldberg. (said in a Linda Richmond-esque voice)  Now that is something that I could not have predicted.  I actually tried to convince Steve to take my name. He didn’t want any part of it.  However, he was not necessarily thrilled with his own last name.  He felt stereotyped.  It’s a very obviously Jewish name.  To be honest, I was concerned about having that last name.  I didn’t want the stereotype either.

Even deeper than that, I did not want to EVER not be Lisa Korak.  My name meant so much to me.  The idea of having to give up my name caused me actual anxiety.  I had fought so hard for so many years to hold that name as my own…and now you want me to just replace it with this other name?

Well, there was a loophole for me.  I was an actor and had established myself-my stage name-as Lisa Korak.  And many actors keep their stage name when they marry…it’s a very normal thing.  So, that is what I did.  Legally, I dropped the “Marie” and put “Korak” in the middle section and “Goldberg” as my last name, but everyone always knew me as Lisa Korak.  And I was VERY happy with that. And Steve didn’t seem to mind too much.

Well, then our marriage fell apart, and through a series of events, God restored our marriage and adopted Steve into His family!  And then we began to tell our story of God’s healing and redemption in our lives.  All of a sudden, Goldberg had more and more meaning to me.  It was a victory.  We were still married.  We were “The Goldbergs.”  United and strong.  And Steve was a Christian Goldberg, which is such a  bold statement for God’s kingdom.  It’s like a banner being waved for God’s glory.

Being Mrs. Goldberg had new meaning.  It stood for the covenant vows Steve and I had made to each other and, even in our brokenness, we were together, walking with God hand in hand.  For those of you that start your marriages with God at the center, you likely feel this way already.  You have started your marriage following God’s direction and feeling proud to share a name with your spouse, knowing that you are now one being brought together by God Himself. I was a little late to the game.  But, I can say with confidence that I am so proud to be Mrs. Goldberg.

So, you might be asking….wow, Lisa, why the long rant about names?  Well, I am about to retire my email address.  Yes, this is all about me changing my email address.  My email at lisakorak.com will be no more. The only outward symbol I have of “Lisa Korak” is being replaced.  I will now use email at sidebysideministry.org.  And, friends, I wouldn’t have it any other way!  Just as all the other names have a story…so does this one.  This name, Side By Side, has a whole lot of depth and meaning, and it is all tied to God’s miracles and the work He has called Steve and me to do.  I am so proud of this name.  I am so honored to have it.  It doesn’t remove the other names I have.  Oh no, those names will always be there…they are always going to be part of my story.  They all have led me to the truth that those who are in Christ are a new creation…we have been given a new name. I am a child of God, loved and never forsaken….no matter what my name is.

Mrs. Lisa Marie Sherwood Korak Goldberg at Side By Side Ministry. 🙂

A Fresh Start: Is it even possible after infidelity?

An Abundant Marriage This Christmas

Circle of Trust: 3 Signs of a True Friend

How to Pray: 4 Easy Steps to a Conversation with God 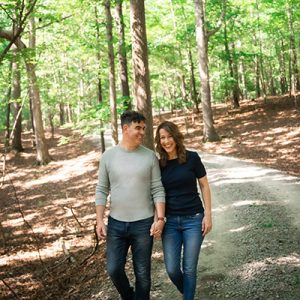 We’re just a regular couple who have gone through hard times.  By the grace of God, we’re able to share the details of those hurts and the hope that God has given us.

Our prayer? That you would experience His wisdom and truth, that you laugh and feel free to cry, and that you leave this page closer to God than ever before.

Our free eBook is a step-by-step guide to navigating the reveal of infidelity. We pray it inspires and encourages you toward healing. 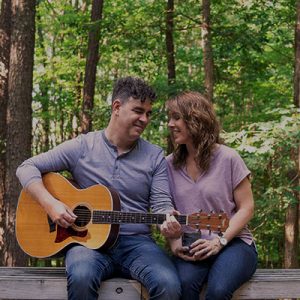